Our management team comprises leaders from all areas of the business, who bring with them a wealth of experience and a shared passion for our people, our business, and our customers.

Our Board of Directors is led by our Chairman Bruce Hassall, and includes some of New Zealand and Australia's most experienced business people.

Previously, Ross was CEO of UGL, an international engineering, services, construction and product manufacturing business, operating across the rail, transport and technology systems, power, resources, water and defence sectors, and headquartered in Australia.

Prior to this he was managing director and CEO of Tenix, a privately held engineering and construction services company and held senior leadership roles at Lendlease across a 23-year period.

Ross has proven experience leading business turnarounds and improving performance and shareholder returns and has direct experience across a range of Fletcher Building’s core sectors, including housing, manufacturing and construction.

Ross holds a Bachelor of Engineering from the University of Queensland. 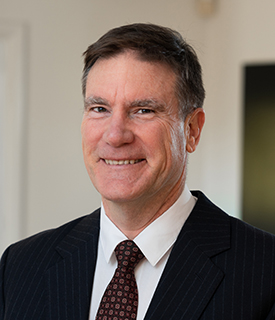 Claire joined Fletcher Building in 2013 as the general manager of Human Resources (HR) for the Construction division and was general manager People and Performance for the Building Products division between 2015 and 2017.

She has previously held head of HR positions for the Product and Technology and Wholesale divisions of Spark New Zealand, the National Bank of New Zealand and Deutsche Bank and NatWest Markets in the United Kingdom.

Claire holds a Bachelor of Commerce from The University of Auckland. 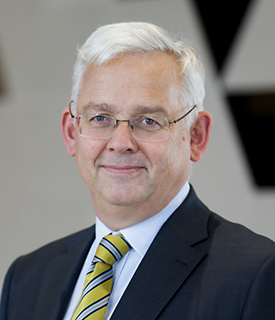 Andrew has significant corporate legal experience gained in major corporates and private practice in both Australia, New Zealand and the USA.

Most recently Andrew served as Group General Counsel and Company Secretary at ASX50 organisation Origin Energy. In this role, he built the legal team and was responsible for the delivery of legal and governance services to support the business during a time of rapid change.

Prior to this he was Managing Director and Head of M&A at Citi Global Investment Bank and a Partner at Allens Arthur Robinson.

Andrew was educated at the University of Sydney in Economics and Law.

Wendi Croft was appointed Chief Health & Safety Officer in September 2018. She joined Fletcher Building at the beginning of 2018 as EHS global programmes and governance manager, moving into the role of interim Global Head Environment Health and Safety in July 2018.

Wendi has nearly 20 years’ experience in EHS across a variety of industries, including manufacturing, transport, construction and utilities.

Prior to Fletcher Building, Wendi held director and global general manager-level roles for Compac and Massey University, in addition to 15 years with AECOM in North America and Asia Pacific.

Wendi holds a Bachelor of Science from the University of British Columbia and is a Certified Member of the Board of Canadian Registered Safety Professionals.

Steve Evans joined Fletcher Building in 2013 as the chief operating officer for housing in the Construction division and was appointed chief executive Residential and Land Development in 2015.

Prior to Fletcher Building, Steve spent more than 12 years in director roles in the development industry for Heron International and First Base.

He has worked on landmark projects, including Heron Tower and the Heron, Stratford Olympic Village, East Greenwich Hospital and Old London Park Hotel.

His earlier career with Lendlease spanned Australia, Singapore, Taiwan, China and the UK, where he worked on the construction of major residential and commercial developments.

Steve was one of the founding directors of an urban regeneration business in London that worked with Government to address affordable, state and key worker housing needs and is leading the development of a new high-tech, fast house-building panelisation factory in Auckland.

Dean Fradgley was appointed chief executive of the Australian division in July 2018.

Prior to joining Fletcher Building, he worked for Wolseley UK in several senior positions, including managing director of its commercial and industrial division and prior to that as commercial director.

Dean has also worked with a number of blue chip companies, including J Sainsbury, Kingfisher and as Head of Trade for B&Q.

Dean has completed studies in Business Management and Strategy through IMD in Switzerland. Ian Jones was appointed chief executive of the Concrete division in July 2018.

His experience within the Company totals 27 years, including roles as general manager of Golden Bay Cement (GBC) and Winstone Aggregates and general manager and manufacturing manager for Pacific Steel.

Ian has Diplomas in Business Management and Operations Management from the University of Auckland.

He joined Fletcher Building in 2002, rising from shift manager to general manager of Pacific Coilcoaters in November 2010, then to chief executive of the Steel Division in July 2018.

Hamish has a strong commitment to exceptional customer service and a deep understanding of the markets we operate in.

He holds a Master of Business Administration and a Post Graduate Diploma of Operations Management from the University of Auckland and has completed the Mount Eliza Advanced Mergers and Acquisitions Programme.

Bruce McEwen was appointed to chief executive of the Distribution division in July 2018.

He joined the Company in 2014 as general manager of Strategy and Commercial Distribution and was part of the team that established the former Distribution division.

He became general manager of PlaceMakers in 2015.

Between 2009 and 2013, he was the chief financial officer of Coca-Cola Amatil New Zealand responsible for New Zealand and Fiji; and prior to this the chief operating officer for Bendon, during which time he transformed the domestic business into a global export brand.

He has also worked for Compaq, Hewlett Packard and Unisys.

Bruce holds a Bachelor of Commerce from the University of Canterbury, is a Chartered Accountant and has completed an Advanced Management Course at Babson College in the USA.

Bevan has led several significant portfolio changes, including completion of the Higgins acquisition.

Prior to this, he worked for the Boston Consulting Group in Australia and New Zealand and for Roquette Frères in France. At Roquette Frères, Bevan’s roles included head of mergers and acquisitions and responsibility for the rest-of-world commercial team.

Bevan holds a Masters of Business Administration from the International Institute for Management Development in Lausanne, Switzerland and a Master of Arts (Hons) in Political Science from the University of Auckland. Peter brings to Fletcher Construction a successful track record of leading and building service and infrastructure-based businesses in the transport, logistics, energy, construction and mining sectors in Australia, New Zealand, Asia and the United Kingdom.

He is a passionate leader focussed on health & safety, customer engagement, people and culture.

Peter has a Bachelor of Commerce from the University of Auckland. Board committees: Chair of the Nominations Committee and Member of the Remuneration Committee

Bruce Hassall has had a distinguished career with broad and deep commercial and strategic experience, and connections across the New Zealand economy, including in the small medium enterprise (SME), commercial, government and export sectors.

As former senior partner and CEO of PwC New Zealand he has extensive advisory background and knowledge of the corporate environment.

Bruce is the Chair of The Farmers' Trading Company Limited and Prolife Foods Limited and is a director of Bank of New Zealand and Fonterra Co-operative Group Limited. Martin has more than 40 years' experience in the Australian building products sector, having started his career as an indentured engineering cadet with BHP.

Following Cockburn Cement’s merger into Adelaide Brighton in 1999, he held a number of senior management roles before his appointment as CEO and managing director in 2014.

Board committees: Chair of the Remuneration Committee and Member of the Nominations Committee

Barbara brings extensive and diverse trans-Tasman executive experience to the Board having served as CEO and managing director of ASB Bank for seven years and having held a number of senior executive roles responsible for marketing, communications, human resources, life insurance and retail banking in New Zealand and Australia.

She has an extensive list of professional achievements to her credit, including being named New Zealand Herald's 2017 Business Leader of the Year.

In 2019, Barbara was made a Companion of the New Zealand Order of Merit for services to business. Barbara is the Chair of Genesis Energy Limited and NZME (New Zealand Media and Entertainment) Limited, and deputy Chair of The New Zealand Initiative. She is also Chair of the APEC 2021 CEO Summit. 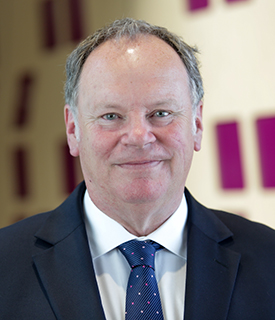 Peter Crowley has over 35 years of experience in the construction materials and building products industries across Australia, New Zealand, Asia, Europe and North America. From 2003-2015, he served as managing director and CEO of GWA Group Limited, a leading Australian supplier of building fixtures and fittings to households and commercial premises.

He also spent 18 years in the cement industry, including various chief executive roles with the Rugby Group plc and a variety of managerial roles with Queensland Cement and its parent company Holcim. Peter is a director of Barrambin Trading Company Pty Ltd, The Riverside Coal Transport Company Pty Ltd and Wesley Medical Research Limited. As the airline's chief financial officer, he received a number of accolades during his career, including CFO of the Year in the Deloitte Top 200 in 2015 and the Fairfax Media New Zealand CFO of the Year award in 2010. Board committees: Chair of the Safety, Health, Environment and Sustainability Committee, Member of the Audit and Risk Committee and Member of the Nominations Committee

He was the inaugural CEO of the amalgamated Auckland Council until the end of 2013.

In 2015, Doug was made an Officer of the New Zealand Order of Merit for services to business and local government.

Doug is the Chair of Bank of New Zealand and Eden Park Trust Board and is a director of Genesis Energy Limited, IAG New Zealand Limited and National Australia Bank.

Cathy practiced as one of New Zealand's foremost commercial and corporate lawyers for over 30 years. In 2016, Cathy was made an Officer of the New Zealand Order of Merit for services to law and women.